The Magnetic Sticker on Refrigerator is Single-sided Magnet

As we all know, it is not possible for magnet to have a single polarity. There must be an N pole and an S pole. Then, why is it that the magnetic sticker on refrigerator only has one side that is magnetic?

This is because the magnetic sticker on refrigerator is a kind of special magnet structure called Halbach Array. As shown in the following figure, by arranging the magnet in this manner, the array on one side of the magnetic field can be made stronger while the array on the other side is nearly zero.

This way, although the rubber magnet (a mixture of bonded ferrite powder and synthetic rubber) that the magnetic sticker on refrigerator uses has very weak magnetism, which is about two to three percent of that of NdFeB, the magnetism of the back side of it, namely the side that is attached to the refrigerator, can be greatly enhanced. 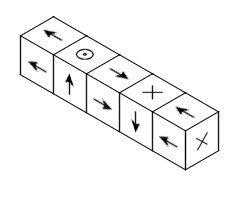 This structure was first discovered in 1973 by American scientist Mallianson when he found the one-sided flux structure during the assembly experiment of permanent magnet structure and named it “Magnetic Curiosity”. Unfortunately, at that time he didn’t realize the potential of application of this structure. Then in 1979, when American scientist Klaus Halbach was researching electronic acceleration in Lawrence Berkeley National Laboratory, this kind of special permanent magnet structure was found. Through gradual improvement of this structure, the so-called “Halbach” magnet eventually materialized. 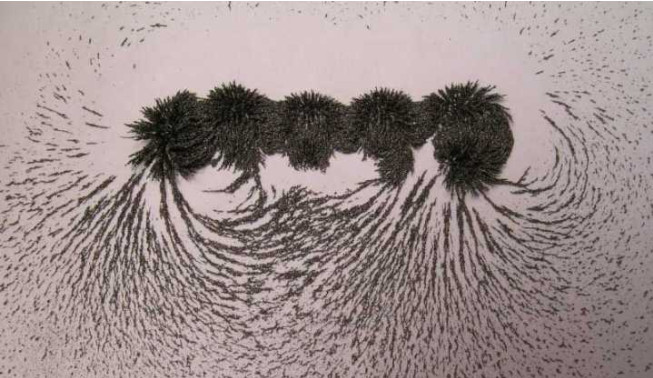 In addition to the magnetic sticker on refrigerator, Halbach Array is also applied in brushless DC motor, particle accelerator, free electron laser and the track of maglev train.