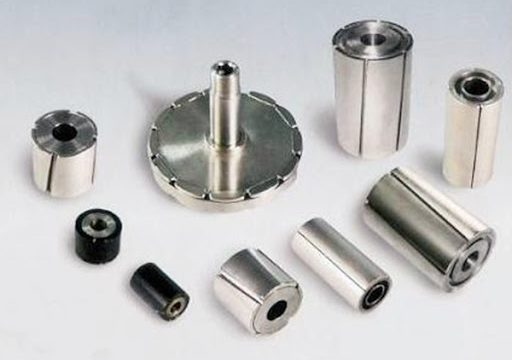 Neodymium magnets are small, but they can be the future of Neodymium magnet motors. These magnets were discovered in the year 1982, by a combined effort of General Motors, China Academy of Science and Smitomo Special Metals who were looking for a convenient method to increase the efficiency and effectiveness of motors. Neodymium magnets were developed in response to the expensive samarium cobalt magnets. At the moment, Neodymium is considered as the cheapest and strongest of the rear earth magnets as a result of those efforts.

Using the term rare earth magnet to define neodymium is somewhat misleading. It is actually an alloy that contains relatively small amounts of rare earth materials. For instance, the neodymium magnet motors actually contain an alloy of neodymium, boron, iron and many more materials in smaller amounts.

Even though many countries are in the process of manufacturing neodymium magnets, China holds the number one place. The United States is the main consumer of these magnets and they are being used for many different technological advancements and electronic devices. They include most of the military work from precision bombs, batteries and several other weapons. The prices of neodymium magnets have increased dramatically within the past few years due to the huge demand that exists in the present world.

The development of rare earth magnets such as Neodymium magnets has given life to a promising future for the applications that use motors. They include the latest electric and hybrid vehicles as well, which often rely on rare earth magnets. There are some special reasons available for the people to use neodymium magnet motor instead of other magnet types such as ceramic permanent magnets and ferrite. When we come to industrial applications, almost all of them are seeking greater performance with maximum efficiency. For example, when we take electric vehicles, since neodymium magnet motor is efficient and lightweight, it can reduce the amount of energy that has to be transported in the form of hydrogen, petrol or batteries.

The use of rare earth magnets like neodymium magnet motor also benefits those companies that dominate the automobile industry like Toyota. According to their latest news, the Toyota Prius Hybrid car contains about 30 kilograms of rare earth materials. Neodymium magnets have acquired a large percentage of it. The neodymium magnet motors deliver a high performance when compared to a traditional motor of the same size. Therefore, they are also used in wind turbines as well as generators, where long term efficiency is essential.

Thank you for reading our article and we hope it can help you have a better understanding of The Impending Future of Neodymium Magnet Motor. If you want to know more about neodymium magnets, we would like to recommend you to visit Stanford Magnets for more information.