How is Halbach Array Used in Electric Motors

Halbach array electric machines could be constructed in a conventional manner, whereby the Halbach array is stationary and the windings rotate within the array.

In a conventional machine configuration, the Halbach array machine would look physically much like a DC machine; that is, the armature is on the rotor and the field is stationary. Such a machine could be operated as either a DC or AC device. If one uses slip rings to bring out the windings, the machine could be characterized as an AC machine. However, if now an electronic commutation circuit is added, the Halbach array machine can be characterized as a DC machine. If one desired, one could use a mechanical commutator as well.

The inherent advantage of this construction technique is that the inertia of the rotor is dominated solely by the mass of the windings since there are no laminations required. One can envision the construction of a very high-speed low inertia machine. 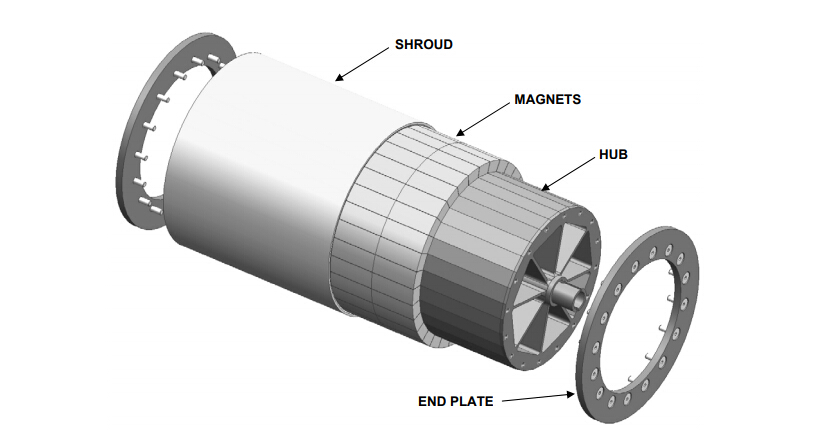 The concept of a Halbach magnetically levitated electric aircraft motor will help reduce harmful emissions, reduce the Nation’s dependence on fossil fuels, increase efficiency and reliability, reduce maintenance and decrease operating noise levels. The need for complex cooling systems and the mechanical bearings used in current aircraft designs are also eliminated in an electric Halbach aircraft engine. Problems with seals, leaks and friction loss are removed by the use of a magnetic suspension.

Current jet engines rely on the internal combustion of jet fuel to drive massive turbines for propulsion. Such engines are expensive to run, have a high level of pollution associated with their operation and require extensive maintenance to run safely.

The rising price of oil, along with recent advances in fuel cell development, has not only made all-electric jet engines a possibility, but has also sparked research in new pollution free, all-electric propulsor technologies. This technology has other potential applications in ultra-efficient motors, computer memory systems, manufacturing equipment, and space power systems. 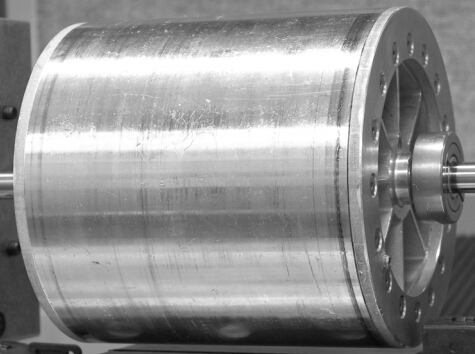 The Halbach magnetically levitated motor concept uses permanent magnets attached to a rotor and coils mounted on a stator assembly adjacent to the rotor.

The permanent magnets are arranged in a Halbach array which results in the production of a sinusoidally varying, periodic magnetic field in the vicinity of the levitation coils. Orienting the poles in this manner results in the magnetic fields that combine on the coil side of the array and cancel on the back side.

This magnetic array configuration was pioneered by Klaus Halbach for use in particle accelerators. This technique is inherently stable once the rotor reaches a critical speed requiring no active feedback control or superconductivity as seen in traditional implementations of magnetic suspension. The objective of this work is to develop a rotor to be used in a Halbach array motor.

This rotor will be suspended in the motor in both the radial and axial directions and driven within a magnetic field thus eliminating the need for conventional bearings. This will be accomplished by developing rotors of different sizes and performing a rotor characterization test and then a rotor levitation test.