Something You Should Know About Cup Magnets

Cup magnets are among the most important components in this life. They are required in industries, schools, homes and many commercial establishments. The neodymium cup magnet is particularly essential in modern times. It has several uses in modern technological devices. Consisting of iron, boron, and neodymium (a rare-earth element), this item is applied in scenarios demanding extra strength and permanence. Amazingly it comes in smaller sizes yet it offers maximum magnetic forces and energy. It retains its strength despite exposure to high temperatures. When coated, neodymium or NdFeB magnets do not corrode. They can be molded into a beautiful cup or pot shape. 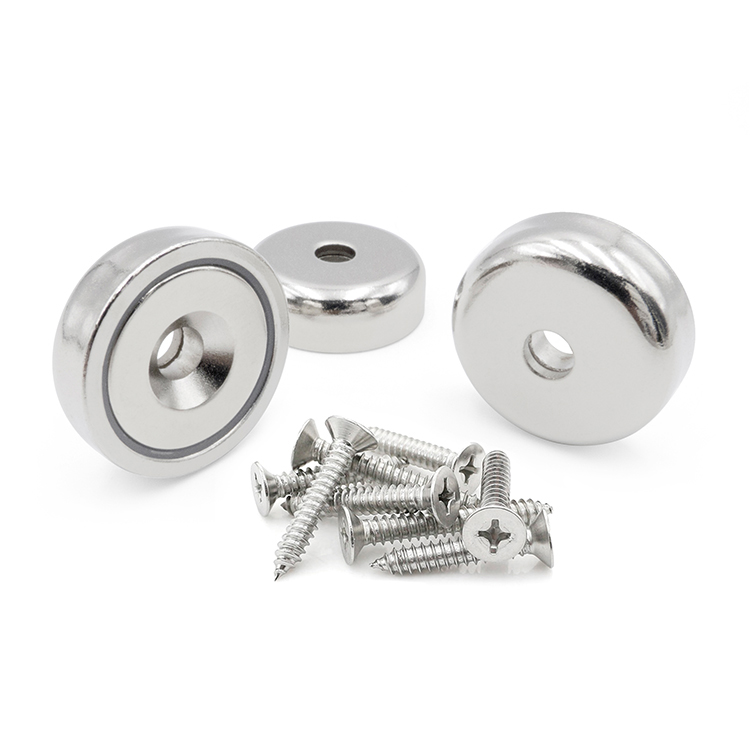 There is a reason why scientists fear a world without this rare-earth material. Though it is heavily mined in China, it is rare in the US where genius scientists can be found. It has a few attributes that make it mandatory in the manufacture of magnets:
• For heat applications, neo material requires low temperatures to work.
• It would require very high levels of heat (the Curie temperature) to lose its magnetism. It is therefore known to highly resist demagnetization.
• Without a coating, a neodymium magnet would corrode easily and rust can interfere with its long-term ability to offer optimum energy output.
• It is cost effective.
• For its small size, NdFeB is considered to have a lot of energy.

Like any other manmade product, neodymium cup magnets have visual imperfections. For instance, they could have hairline cracks, minor cuts or porosity. Sintered metallic neo cup magnets are commonly affected by these flaws. If no more than ten percent of the surface is chipped, the magnet in question can still function. Moreover, cracks can be acceptable if the surface area they cover is not over fifty percent of the pole surface. Tolerance on thickness or the direction of the magnetization, for a pressed material, should be either plus or minus .005. For other dimensions, based on IMA standards should be plus or minus .010.

Although neodymium magnetic material is very susceptible to chipping and cracking, scientists use it in many ways, mainly in the manufacture of modern technological items. They are used in the construction of essential computer parts such as printers and hard discs/drives. Moreover, manufacturers of music entertainment gear such as microphones, headphones and speakers make use of NdFeB magnets. The mechanical engineers who come up with different types of motors also require these scientific products.

Although a neodymium cup magnet is magnetically strong, it can break easily in its pure form. Therefore attention needs to be paid when handling these magnets. If a neo magnet is exposed to an attracting object the two could collide badly causing it to break. As well neodymium pot magnets can cause personal injury such as pinching of skin which accidentally falls between them. These products are normally magnetized after magnet assembly.