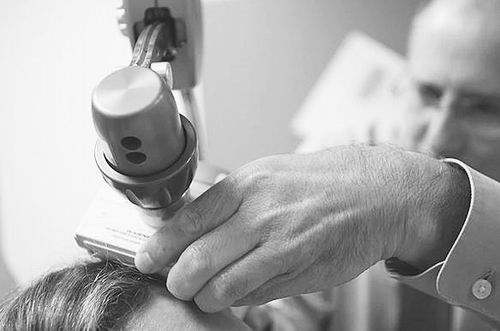 NdFeB permanent magnet can produce a biological magnetic field which simulates the characteristics of the human magnetic field and has stable performance. Acting on the human body can rectify the magnetic field of the human body itself, and promote the operation of meridians by enhancing the bioelectromagnetic energy of the human meridians and collaterals, thus achieving the effects of dredging meridians and collaterals, increasing blood supply and oxygen to the brain, reducing the excitability of the peripheral nerves of the cerebral cortex, and promoting the metabolism of bone and joint tissues, hypnosis, analgesia, sedation, activating blood circulation and eliminating anxiety. At present, it is often used to treat insomnia, neurasthenia, cervical spondylosis, scapulohumeral periarthritis, and other chronic bone and joint diseases, as well as the pain and numbness caused by these diseases.

The Medical Function of Magnets

(1) The analgesic effect of magnetotherapy is manifold. For example, magnetotherapy can improve the nutrition of blood tissue and thus overcome the pain caused by iron deficiency, hypoxia, inflammatory exudation, swelling, compression of nerve endings and accumulation of painful substances.

(3) The magnetic field can stimulate acupoints, dredge channels and collaterals, harmonize qi and blood, and reduce the excitability of the terminal nerve through nerve reflex under the acupoints, so as to achieve an analgesic effect.

The causes of inflammation are biological and abiotic.

(1) Biological inflammation is caused by bacteria, viruses, and parasites.

(2) Non-biological inflammation is caused by hypothermia, high temperature, various toxicities, mechanical trauma and so on.

Generally speaking, magnetic therapy has a better effect on chronic inflammation of abiotic inflammation and biological inflammation. Because the magnetic field can strengthen the local blood circulation, improve tissue permeability, and is conducive to the dissipation and absorption of exudates; in addition, the magnetic field can also improve the non-specific immunity of the body, activate white blood cells, enhanced the ability of phagocytosis, so it has the effect of detumescence and anti-inflammation.

(1) The magnetic field can strengthen the inhibition process of the cerebral cortex, regulate the autonomic nerve, strengthen the microcirculation function of the body, and cause the decrease of blood pressure.

(2) The magnetic field can make the long hydrocarbon chain of cholesterol become a short chain, and become a polycrystalline center. With the rotation of red blood cells, cholesterol can easily settle on the wall of blood vessels and be easily discharged, so it has the effect of lowering blood lipid.

Magnetotherapy can regulate the meridians, nerves and body fluids to a certain extent. It can not only improve sleep status, promote sleep and prolong sleep time, but also relieve muscles and relieve itching.

Magnetic therapy can inhibit both benign and malignant tumors.

(1) Excessive tumors, such as fibroma and lipoma, can shrink or disappear.

(2) For malignant tumors, such as digestive tract tumors, lymphoma, liver and kidney cancer, it can also improve symptoms, inhibit growth or shrink tumors.