How Does A Halbach Array Work? 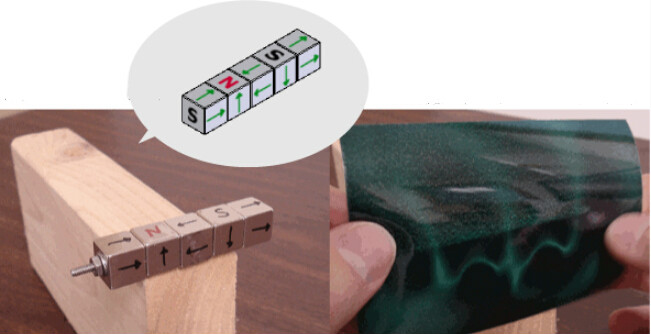 How Does A Halbach Array Work?

A single magnet shows five Halbach arrays, but all point to the North Pole. From a magnetic point of view, this effect is the same as that of a long magnet.

The results were first discovered by John C. Mallinson in 1973, and these “one-sided fluxes” were initially described by him as results of curiosity. In the 1980s, physicist Claus Halbach independently invented Halbach arrays of focused particle beams, electrons, and lasers.

Although one-sided flux distributions seem abstract, their applications range from refrigerator magnets to industrial applications, such as brushless motors and magnetic coupling. Klaus Halbach originally designed them as torsional magnets for particle accelerators and free-electron lasers. The Halbach array is also an important part of the maglev train system. When the Halbach array repels the circular form of the track, the train will accelerate forward.

Here we will show a linear Halbach array using B888-2PA-N52 and B888-2PE-N52. In order to fix the long threaded rods together, there is a hole of about “cubic meters in the middle of these magnets. Compared with a common B888 magnet, this method is easier to assemble. The 2PA magnet has a hole parallel to the direction of magnetization. Each pole has a hole on its face. The 2PE magnet has a hole perpendicular to the direction of magnetization. The North and South Poles are on the opposite side, without holes.

We use finite element analysis to simulate the surrounding magnetic field of a new Halbach array. The following pictures show a polar transition of a light color system between one direction and another.

Perhaps the most common example of a Halbach array is a flexible refrigerator magnet. These thin, soft magnets are usually printed and posted on the refrigerator or behind the car. Although their magnetic properties are very weak (only 2% – 3% strength) compared with NdFeB magnets, their low cost and practicability make them widely used.

After all, flexible magnets may be the most common application of Halbach arrays in everyday life. In the image below, our MV43 green film shows the alternating magnetic field of the flexible magnet. 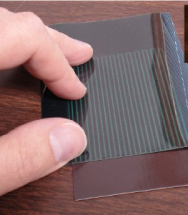 Halbach arrays can also be configured in magnets of other shapes. The Halbach array can be used for multi-pole magnetization or for circular rings consisting of smaller arcs. As can be seen from the following pictures, different directions and intensities of the magnetic field can be shown in the circular holes of different rare earth magnets.

Thank you for reading our article and we hope it can help you to have a better understanding of how does a Halbach array work. If you want to learn more about the Halbach array, we would like to advise you to visit Stanford Magnets for more information.

As a leading magnet supplier across the world, Stanford Magnets has been involved in R&D, manufacturing, and sales of magnets since the 1990s. It provides customers with high-quality permanent magnets like SmCo magnets, neodymium magnets, AlNiCo magnets, and ferrite magnets (ceramic magnets) at a very competitive price.