4 Things You Should Know About Ceramic Magnets 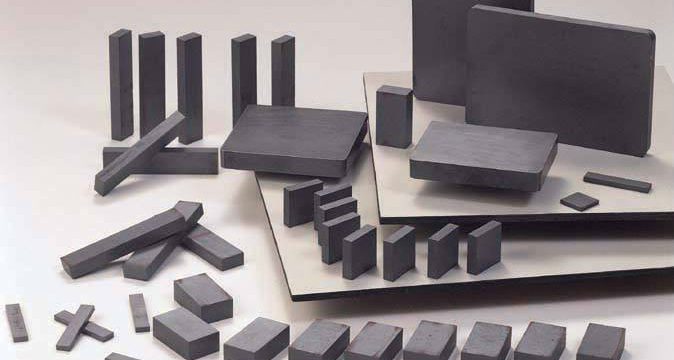 Ceramic magnet, also called ferrite magnet,  is one of the common magnets in our daily life. How much do you know about it? Let’s talk about 4 things you should know about ceramic magnets. 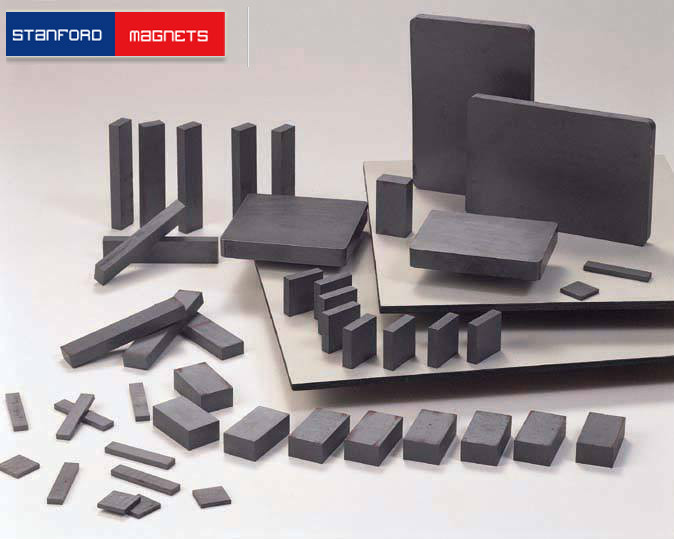 Ceramic magnet is sintered from iron oxides and other ingredients. Generally, it can be divided into three types: permanent magnet, soft magnet, and Gyromagnetic ceramic magnet.

Soft ceramic magnet is prepared by sintering ferric oxide and one or several other metal oxides (such as nickel oxide, zinc oxide, manganese oxide, magnesium oxide, barium oxide, strontium oxide, etc.). The reason why it is called a soft magnetic field is that when the magnetic field disappears, the residual magnetic field is very small or almost nonexistent. Usually used as a choke coil or the core of intermediate frequency transformer. This is completely different from the permanent ceramic magnet.

Gyromagnetic ceramic magnet is a kind of ferrite material with gyromagnetic properties. Rotary magnetism of magnetic materials refers to the phenomenon that the polarization surface of planar polarized electromagnetic waves rotates around the propagation direction in the course of propagation in a certain direction in the material under the action of two perpendicular DC magnetic fields and electromagnetic wave magnetic fields. Gyromagnetic ceramic magnets have been widely used in microwave communications.

According to the different magnetic properties and applications, ferrites can be divided into five types: soft magnet, permanent magnet, spin magnet, moment magnet, and piezomagnetic.

The materials are easy to be magnetized and demagnetized in a weak magnetic field, such as zinc-chromium ferrite and nickel-zinc ferrite. Soft magnetic ferrite is a kind of ferrite material with wide application, variety, large quantity, and high output value. It is mainly used for various inductance components, such as filter core, transformer core, radio core, tape recording, and video head, etc. It is also the key material of magnetic recording elements.

A compound with a uniaxial anisotropic hexagonal structure. The main ferrites are barium, strontium and lead and their composite solid solutions. There are two kinds of magnets: the same magnetic field and the different magnetic field. Because this kind of ferrite material can retain strong constant remanence properties for a long time after the exterior magnetization field disappears, it can be used to generate a stable magnetic field in the outer space. Its application is very extensive, such as: in various types of meters, generators, telephones, loudspeakers, television and microwave devices as constant magnets.

Ferrite hard magnetic material is difficult to demagnetize after magnetization. It is mainly used for recorders, pickups, loudspeakers and magnetic cores of various instruments in telecommunication devices.

This refers to ferrite materials with rectangular hysteresis loops. Its characteristic is that when there is a small external magnetic field, it can be magnetized and saturated. After removing the external magnetic field, the magnetism remains the same as when it is saturated. Such as magnesium manganese ferrite, lithium manganese ferrite and so on. This ferrite material is mainly used in memory cores of various electronic computers.

This kind of material refers to the ferrite material which is mechanically elongated or shortened in the direction of the magnetic field when magnetized, such as nickel-zinc ferrite, nickel-copper ferrite, and nickel-chromium ferrite. Piezomagnetic materials are mainly used as transducers for the mutual conversion of electromagnetic energy and mechanical energy, and as magnetostrictive elements for the ultrasound.